We are marking this World Rabies Day by celebrating a recent win for the wolves in the campaign against the disease. 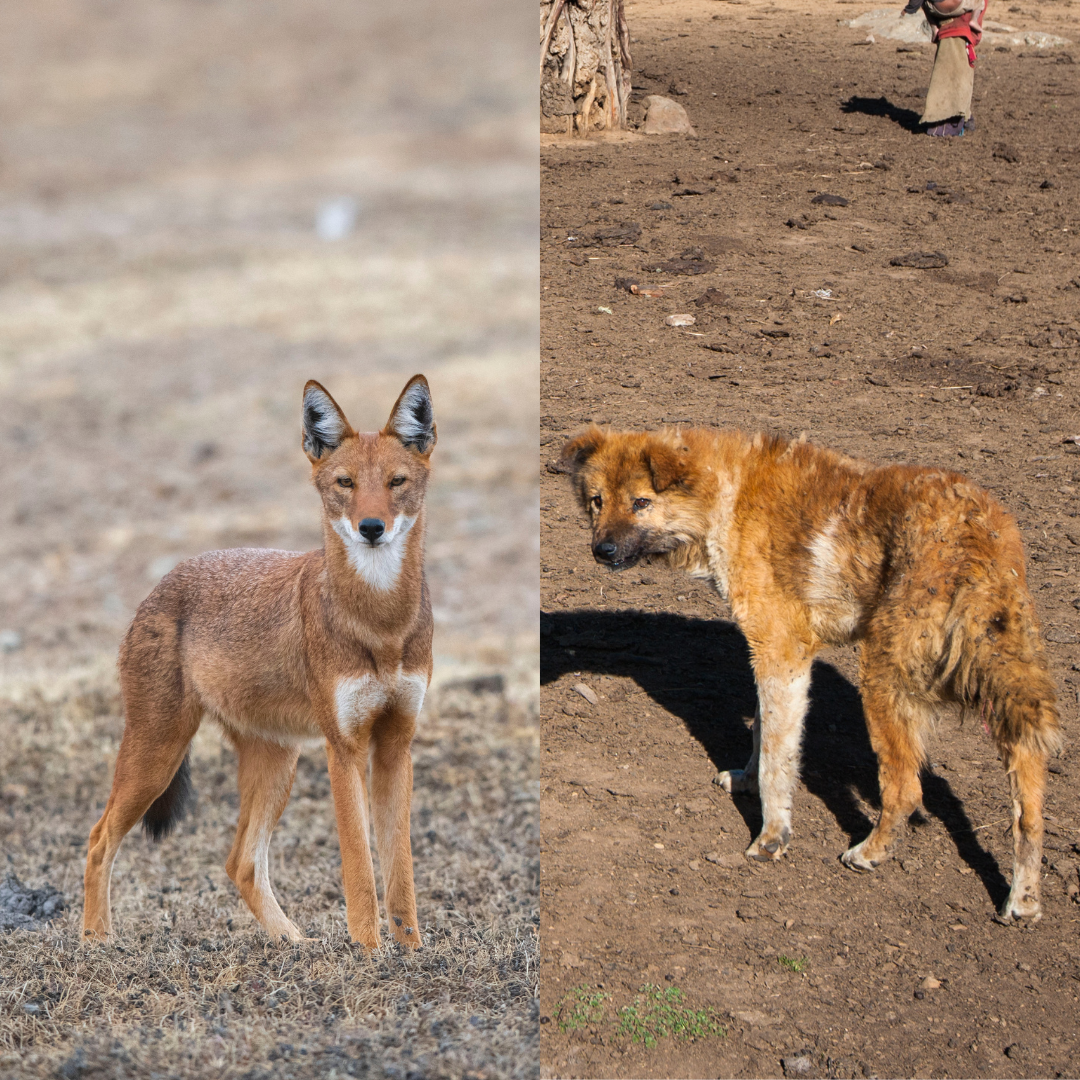 Rabies has always been a huge threat to the wolves, able to rip through populations and devastate numbers. Late last year, in the Bale Mountains’ Web Valley, an alert came in from the settlement of Lencha. A young female Ethiopian wolf had been seen in close proximity to villagers’ homes, seemingly in very poor condition and displaying abnormal behaviour. This raised alarm bells for the staff at EWCP and the Bale Mountains National Park, who quickly rallied to the scene to assess the situation.

Arriving at the hilltop settlement, staff were able to safely capture the wolf which was suffering from clear neurological symptoms consistent with a rabies infection, as was their concern. After discussions involving both organisations, the decision was taken to humanely euthanize the animal; rabies is almost invariably fatal once symptoms present, and the danger to people and animals was both immediate and severe. The EWCP team took the chance to retrieve samples that were tested with a rapid-test kit and sent to the labs of the Ethiopian Public Health Institute (EPHI) in Addis Ababa and the Animal and Plant Health Agency (APHA) in the UK (standard practice for us when rabies cases are suspected), where the diagnosis was later confirmed.

Fortunately no people came into contact with the wolf so no one was at risk of infection, and though a small number of village dogs may have been exposed, all but one were already vaccinated against the rabies virus, thanks to the efforts of EWCP’s own veterinary team earlier in the year. 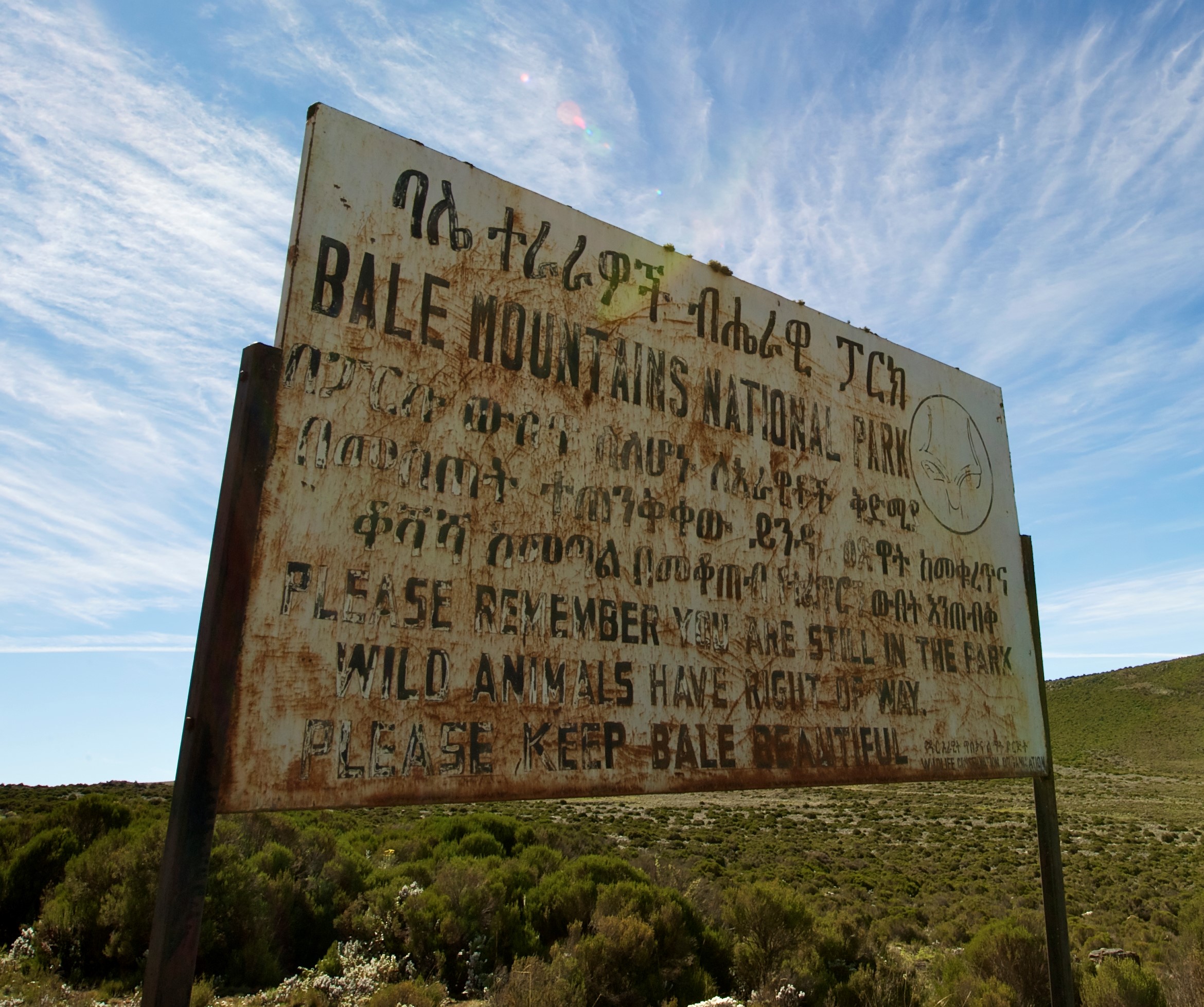 Two days later EWCP Monitors headed to the field in the Web Valley to cover all local packs and territories and watch closely for any signs of an outbreak, while our Community Officer reached out through the Disease Alert Network, raising awareness and vigilance throughout nearby communities. With these heightened efforts, within a couple of weeks two wolves were found dead of suspected rabies in the Web Valley, a sign that the disease may be spreading through the area. In collaboration with the national park, and with authorisation from the Ethiopian Wildlife Conservation Authority (EWCA), a vaccination team was organised and an urgent intervention launched.

The team set out to rapidly capture and vaccinate wolves from four packs in the surrounding area, aiming to create a buffer zone of immunity and contain the outbreak. They successfully inoculated the Fatime-Tarura, Huke and Fulbana packs which each inhabit key locations leading to Sanetti and West Morebawa, guarding the gateway to other sub-populations of wolves. Building on previous oral vaccinations, which had recently protected more than twenty of the Bale packs against rabies, the intervention was effective, and no further fatalities were recorded, while few may have occurred without being located. 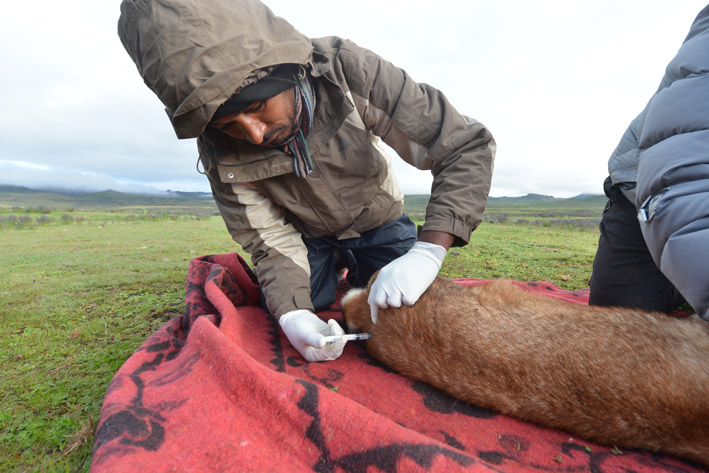 In the past, rabies has spread quickly across packs and killed up to two thirds of the local population. This time, with a high percentage of animals protected through preventive and reactive vaccination, the outbreak was contained and many lives spared. This achievement would not have been possible without the surveillance network of the wolf monitors, the swift response of park staff and vigilance of communities through the Disease Alert Network. We have worked hard to build capacity in these areas over the years which has proven invaluable in our ability to protect wolves and communities against disease. We will continue to prioritise capacity building through fostering further collaborations with government agencies and donors, so that the battle to eradicate, or at least reduce, the impact of rabies in rural Ethiopia can be won.