Welcome to the pack, Dr Lai!

We are thrilled to welcome Dr Sandra Lai to EWCP! Sandra joins us in the UK for a 3-year postdoc with the University of Oxford’s WildCRU, and will soon be heading off to the Bale Mountains to meet the wolves. As she prepares for the work ahead, Dr Lai shares this thoughtful and emotive piece: 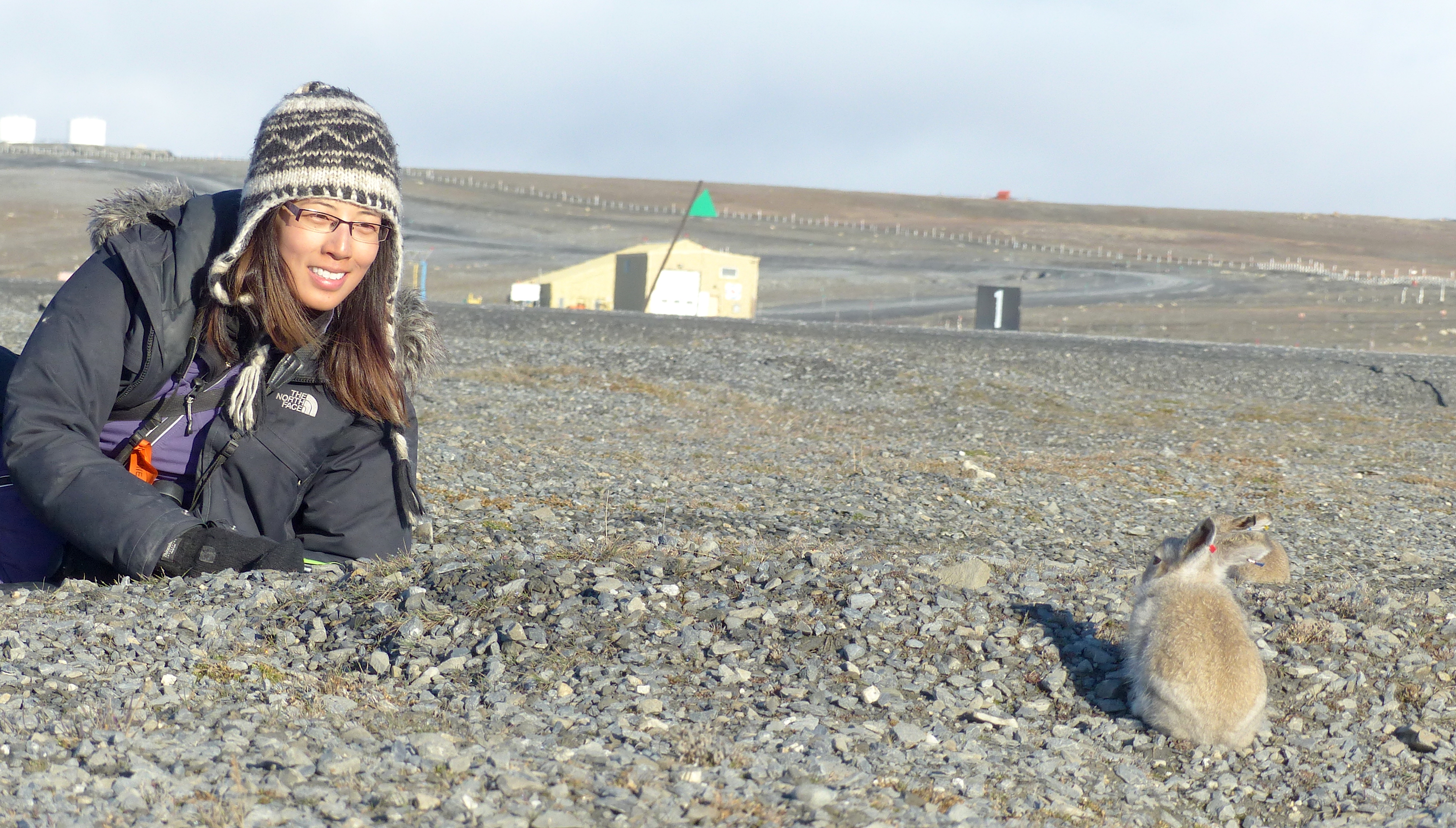 Have you ever met a god?

From their nickname as the “Highland Gods” and the way the shape of their profiles looks so eerily similar to images of the Egyptian god Anubis, I had always pictured in my mind that the Ethiopian wolf was sort of a dreamlike, almost mythical creature. A mighty one at that, clad in a flame-colored pelt with white markings and a bushy black-tipped tail. But as a scientist and canid researcher, I read many articles about Ethiopian wolves and knew that they really existed, somewhere up there in the mysterious highlands of Ethiopia. But they still remained a faraway existence for me. Almost like Beyonce: you know she’s out there but you never expect to really meet her up close in real life. But perhaps a chance is never too far away, who knows…

My road to the Ethiopian Wolf Conservation Programme might have been flagged many years ago by someone else’s great passion for the species and its conservation. When I started my PhD, which centered on the movement ecology of Arctic foxes in the Canadian High Arctic, I came across the thesis of EWCP’s Science Director, Jorgelina Marino. More than the scientific articles (which were of course great), I was blown-away by her preface entitled “The She Wolf”. It was the tale of a young female Ethiopian wolf dispersing in the highlands, but her story was tied to the evolution of the species in the region and to the uncertain future of her kind. After all these millennia spent roaming these frosted lands, will the Ethiopian wolf vanish silently? Ever since, I had admired the work of EWCP and their mission to protect the precious Afroalpine ecosystem where Ethiopian wolves live. 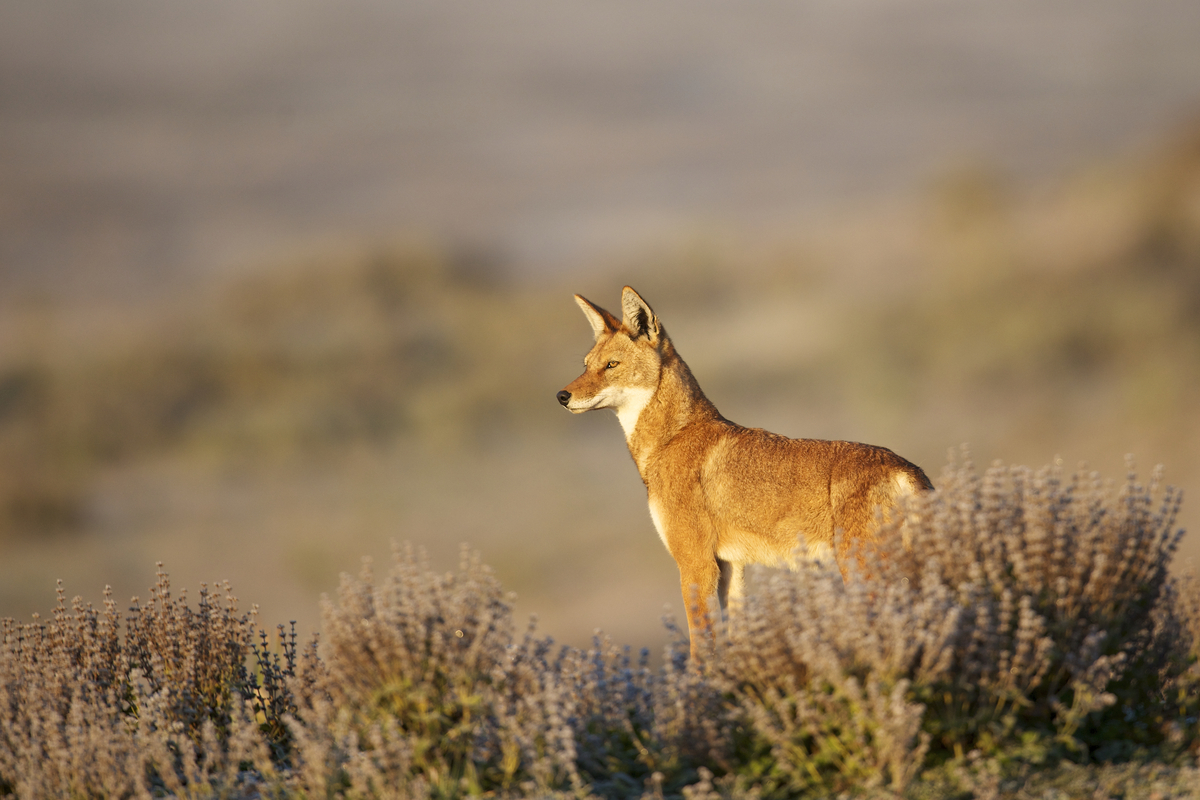 Today, I am very proud to join WildCRU and the EWCP as a Dennis Curry postdoctoral researcher. I was previously affiliated with the Canada Research Chair in Northern Biodiversity, Université du Québec à Rimouski (Canada). For more than 10 years, I studied the ecology of Arctic foxes and other northern mammals in the Canadian High Arctic. My research interests include the behaviour and movement ecology of mammals living in harsh environments, and how species interactions shape ecosystem structure and functioning. Because they are found at high elevations, alpine biomes, similar to the Arctic tundra, are characterized by low-growing vegetation and below-freezing temperatures. I was drawn by some of the similarities between my previous study system and the Afroalpine environment. Arctic foxes and Ethiopian wolves are both socially flexible canids with a great taste for rodents. Both species are easily spotted in the open landscape, making them easy to study. Life is usually challenging in these environments and both have adapted perfectly to their living conditions. But while the Arctic fox has a global population of several hundred thousand animals and a wide circumpolar distribution, the Ethiopian wolf has less than 500 individuals and is restricted to few pockets of habitat in the Ethiopian Highlands. Unwittingly, they sometimes find themselves in the midst of human turmoil. They face many threats as well, mainly driven by increasing human activities in the mountains, such as increasing habitat loss, conflicts with people and lethal diseases transmitted by domestic dogs. One rabies outbreak may kill several hundred wolves, wiping out small populations from a whole area at the same time…

I have yet to meet the wolves, but I already know many emotions will be stirring in me as I get a small glimpse into the life of the world’s rarest canid. EWCP has many ongoing projects ranging from the ecology of the species to ecosystem and community health and the improvement of human-wildlife co-existence. I hope to contribute to these projects and develop research questions that will be relevant to the mission of EWCP.

While the ancient god Anubis has now long been whisked away between two planes of existence, the real gods of the mountains, the Ethiopian wolves, must definitely remain in the realm of the living. As such, I am grateful to be part of this work and hope to foster more awareness for this fascinating species.