In the hills of Shehano, perched in the slopes of the Simien Mountains, lives a unique wolf: Terefe. He is the first ever Ethiopian wolf to be nursed back to health and released back to the wild after a life-threatening injury. Following his successful rescue and rehabilitation in 2020 by EWCP staff and associates, we have closely followed Terefe’s journey since his release, thanks to his Lotek Litetrack collar. Though he failed to re-join his natal pack, Terefe survived well enough on his own as he roamed northwards, eventually settling near the village of Shehano. Here, he was joined within a few months by a young female wolf, and the Terefe pack was formed.

Now, nearly two years after his injury, we are thrilled to share the news that Terefe is a father!

As part of their regular breeding season monitoring Getachew, Jejaw and Andualem of the Simien team set out for Shehano and met up with community guard Chilot to check on Terefe and his mate. 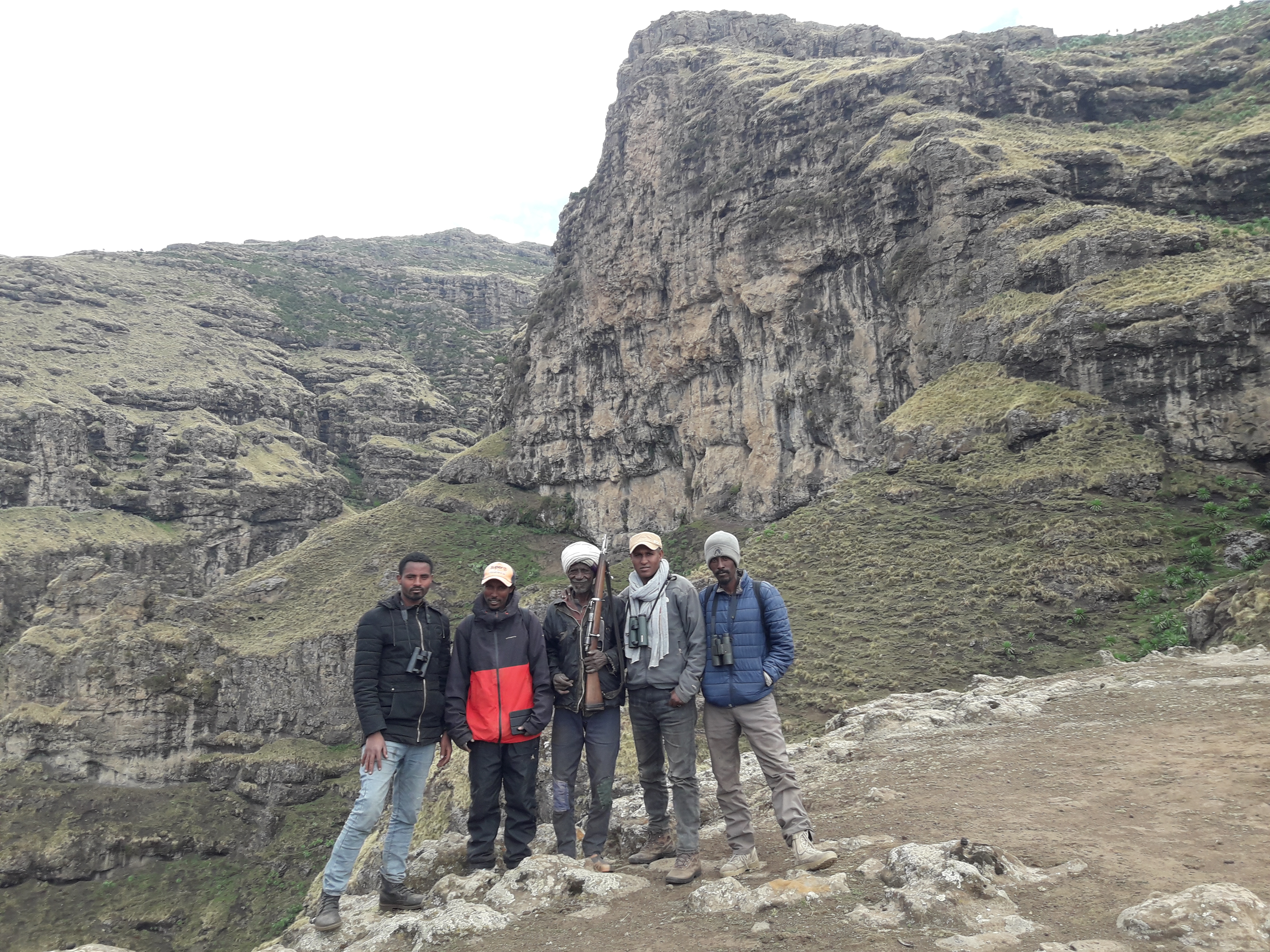 “We split into two groups to search the area. After about an hour I got a call from Andualem and Chilot on the other side of the hill – they had spotted a wolf pup! We all watched the pup play with its mother outside the den” – Getachew Assefa, Simien Team leader

Ethiopian wolves typically have litters of two to six, and up to seven pups, so the monitors watched closely for signs of any littermates but were unable to determine if the single pup had siblings.

“Though we searched the area for two days, eager to see if there were any additional pups, we could only see the lone pup and its parents.”

Not to be dissuaded, a couple of weeks later Getachew led his team on a second trip where their perseverance was rewarded. They were glad to report a second, very shy, pup, completing the family of four.

Even though the monitors keep their distance to so as not to disturb the wolves, the pack is on high alert and they frequently call to each other. They are very skittish and alert to the presence of people, but each wolf looks in good physical condition and they are well-situated in suitable habitat.

We’d hoped saving Terefe would allow him to rejoin his family and were worried when this didn’t happen. Instead, he has gone on to forge his own pack and sire a new generation, an unexpected but very welcome outcome. Two new lives have begun from one saved – a promising success for a species for which every wolf counts. 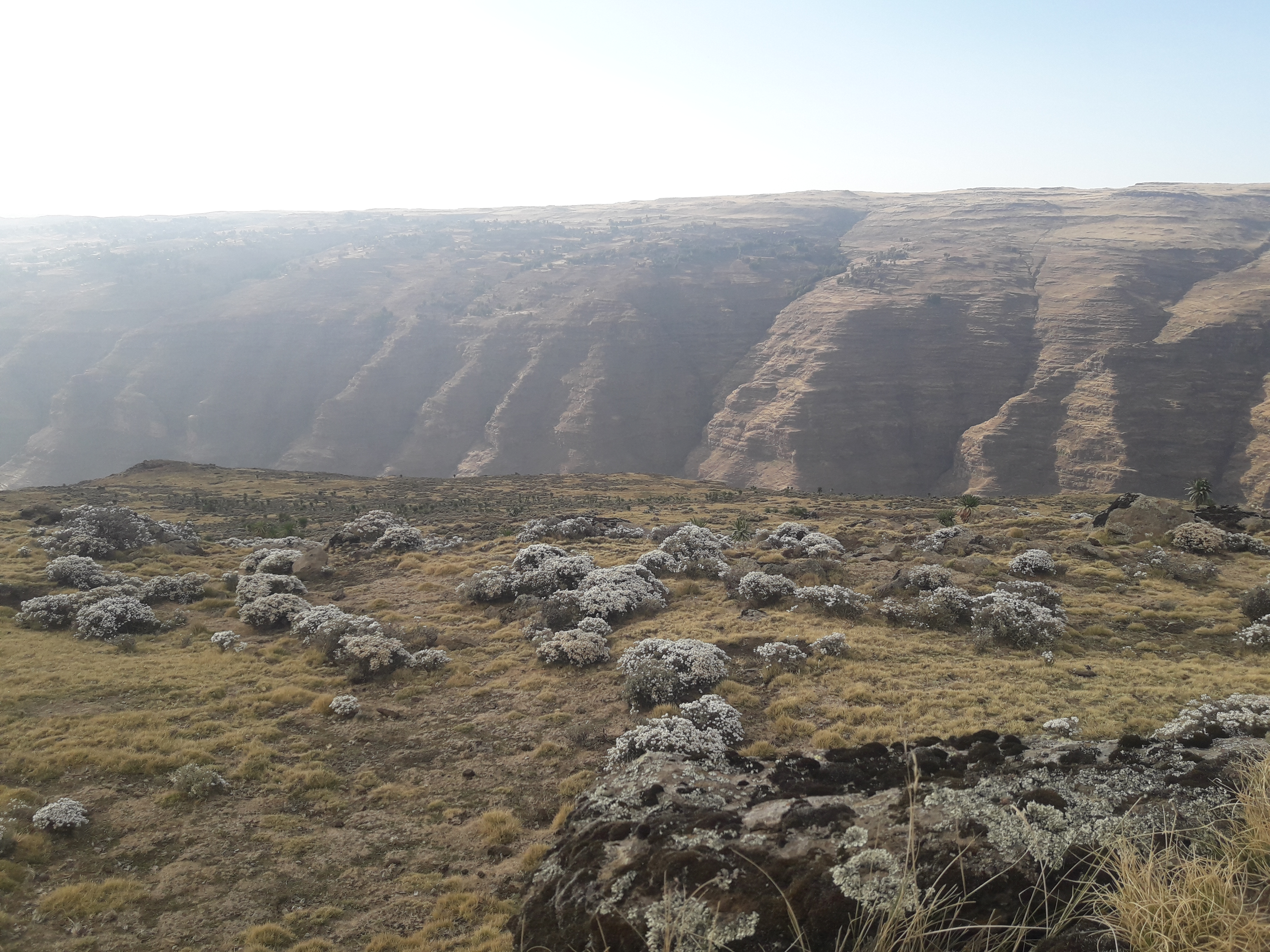