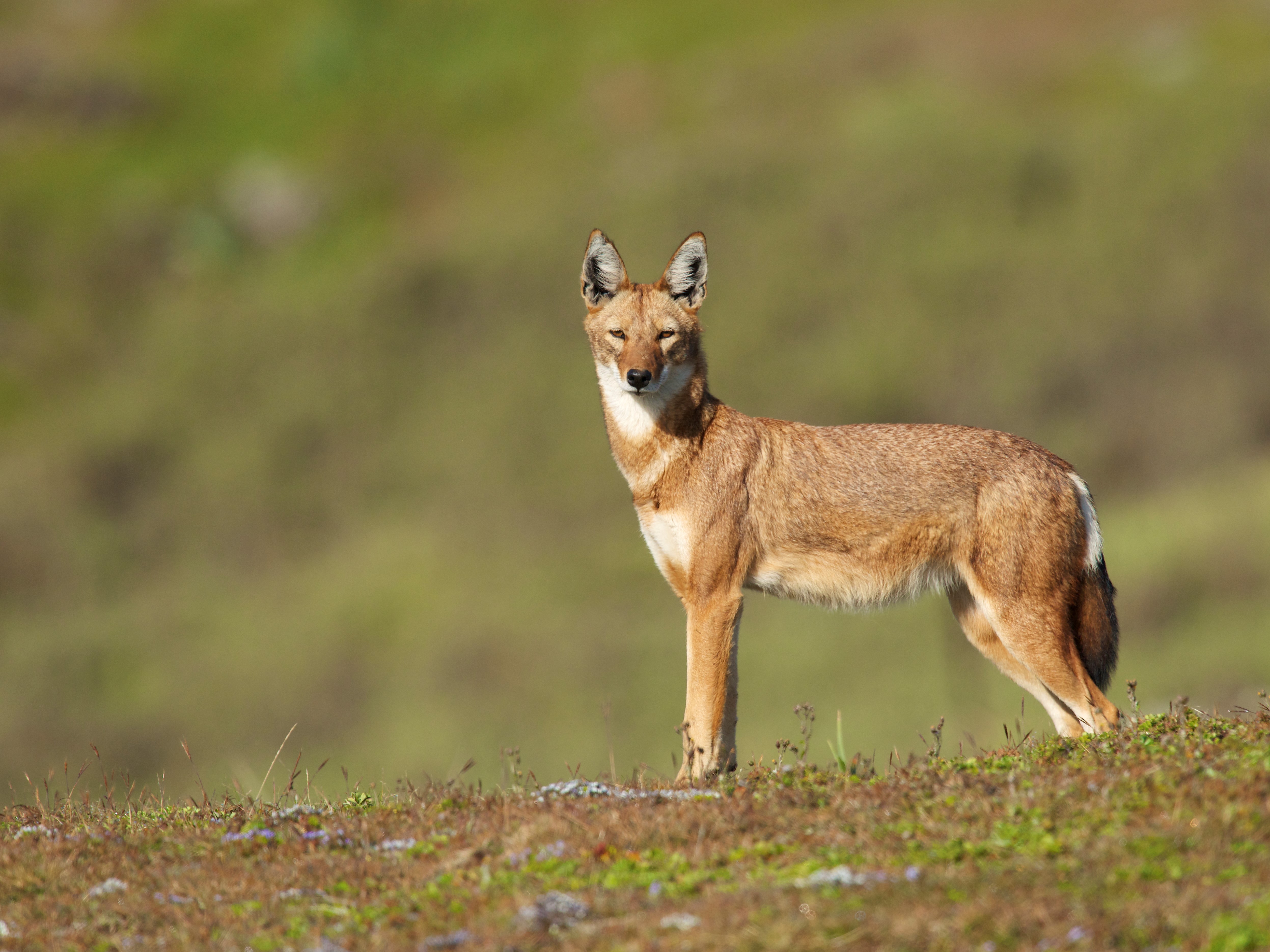 Now confined to high mountains on either side of Ethiopia’s Great Rift Valley, the wolves exist on islands in the air, surrounded by a sea of agriculture and people. Living up on the Roof of Africa, more than 3,400 metres above sea level where they have become highly specialised to hunt the abundant highland rodents, less than 500 of this unique animal remain. Their islands are shrinking. Threatened by disease and habitat loss, Ethiopian wolves desperately need our help.

This is why EWCP exists. We are a team of dedicated conservationists, scientists, vets and community members, working together to save Ethiopian wolves and their Afroalpine home.