After many years of research, field trials, and awareness work, EWCP is now vaccinating Ethiopian wolves as a preventive measure against recurrent rabies outbreaks.

With no more than 500 Ethiopian wolves left in the world in half a dozen populations, all exposed to domestic dogs that carry deadly diseases, it is paramount/essential? to stop them from getting infected. After successfully testing Virbac’s SAG2, an oral vaccine widely used to eradicate rabies in Europe , we can now protect the wolves without the need of manipulation and thus deliver protection before outbreaks happen.

The first five wolf families vaccinated using meat baits live in the Bale Mountains, where our dedicated team worked in the most remote corners of these vast mountains under persistent rain this past month. We are now rejoicing for achieving such a milestone. This achievement is result of the combined efforts of many, from wolf monitors to researchers, and specially the loyalty of our generous donors the Born Free Foundation, the Wildlife Conservation Network and many others.

This turning point in our battle to tackle rabies is of special significance to us, as we recall when 30 years ago an outbreak of rabies killed many of the wolves that Claudio Sillero (EWCP Founder) followed closely for his doctoral studies and the many obstacles that our programme has faced in our battle against diseases since.

The SAG2 vaccine, successfully used to eradicate rabies from wild carnivore populations in Europe, now raises hopes for the survival of one of the rarest and most specialized carnivore in the world. Over the next three years, we will expand the vaccination campaign to all six extant wolf populations, enhancing their chances of survival in a changing world.

How we do it

We distribute vaccine sachets contained within a meat bait within the territory of a known wolf pack. We do this at night, and deploy camera traps (automatic cameras) close to each bait to who is consuming the vaccine and when. In the first three packs covered, we recorded a very good uptake, with 88% of 119 baits consumed by wolves over two nights. In a few weeks' time, we will come back to the same area to capture wolves and measure their immune response. This intervention will provide additional evidence the effectiveness of the vaccine, already testes in extended field trials. 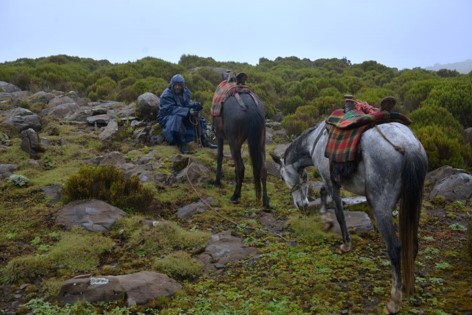 Photo: We use horses to travel © EWCP 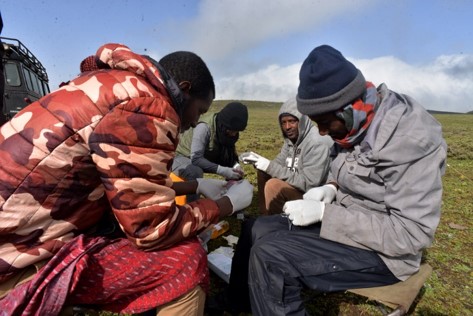 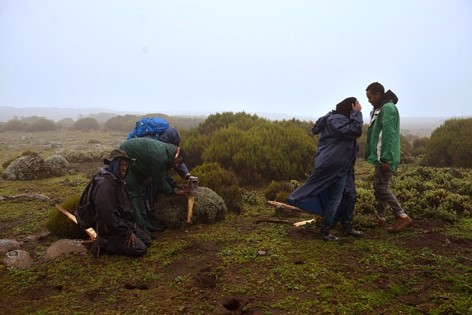 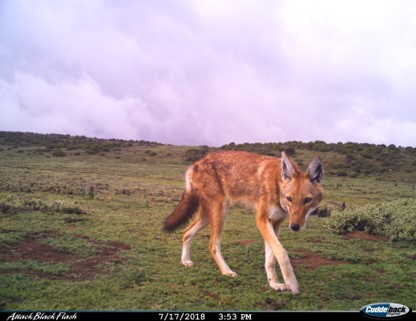 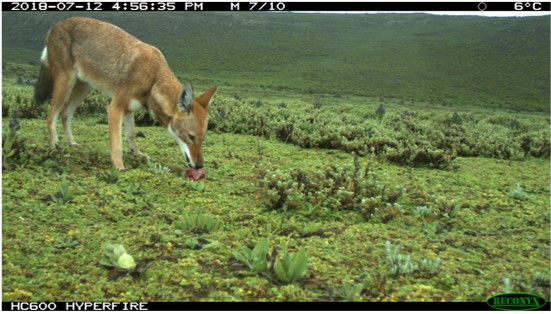 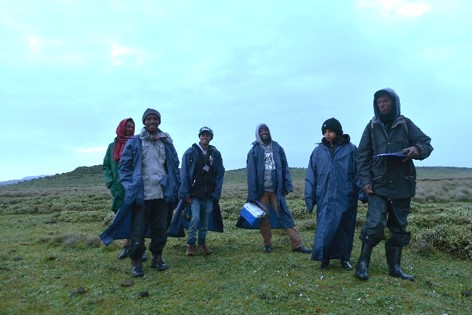