Today, Ethiopian wolves are only found in the wild, perched high up in the Ethiopian highlands – none are kept in captivity. This may have always been the case, as so far no records of wolves ever kept in captivity have been found – but historical evidence has arisen that could change this idea.

Stamp-collector Graham Scott has shared with us an unusual document in his collection that reveals a surprising event. The document is a veterinary health certificate, issued in 1964 in Asmara (the capital of Eritrea today but part of Ethiopia at the time). Signed by the Veterinary Officer and the Mayor of Asmara, the certificate declares the examined animal healthy and fit for transport. Intriguingly, under ‘Breed’ the animal, only 4 months old, is stated to be a wolf. This is the only place the word wolf is printed, and with no other detail we can only assume they meant an Ethiopian wolf specifically. The rest of the document shows that this wolf was due to be shipped to France via Addis Ababa and Djibouti by Gerard Jean Louis Robin, who is listed as its owner. 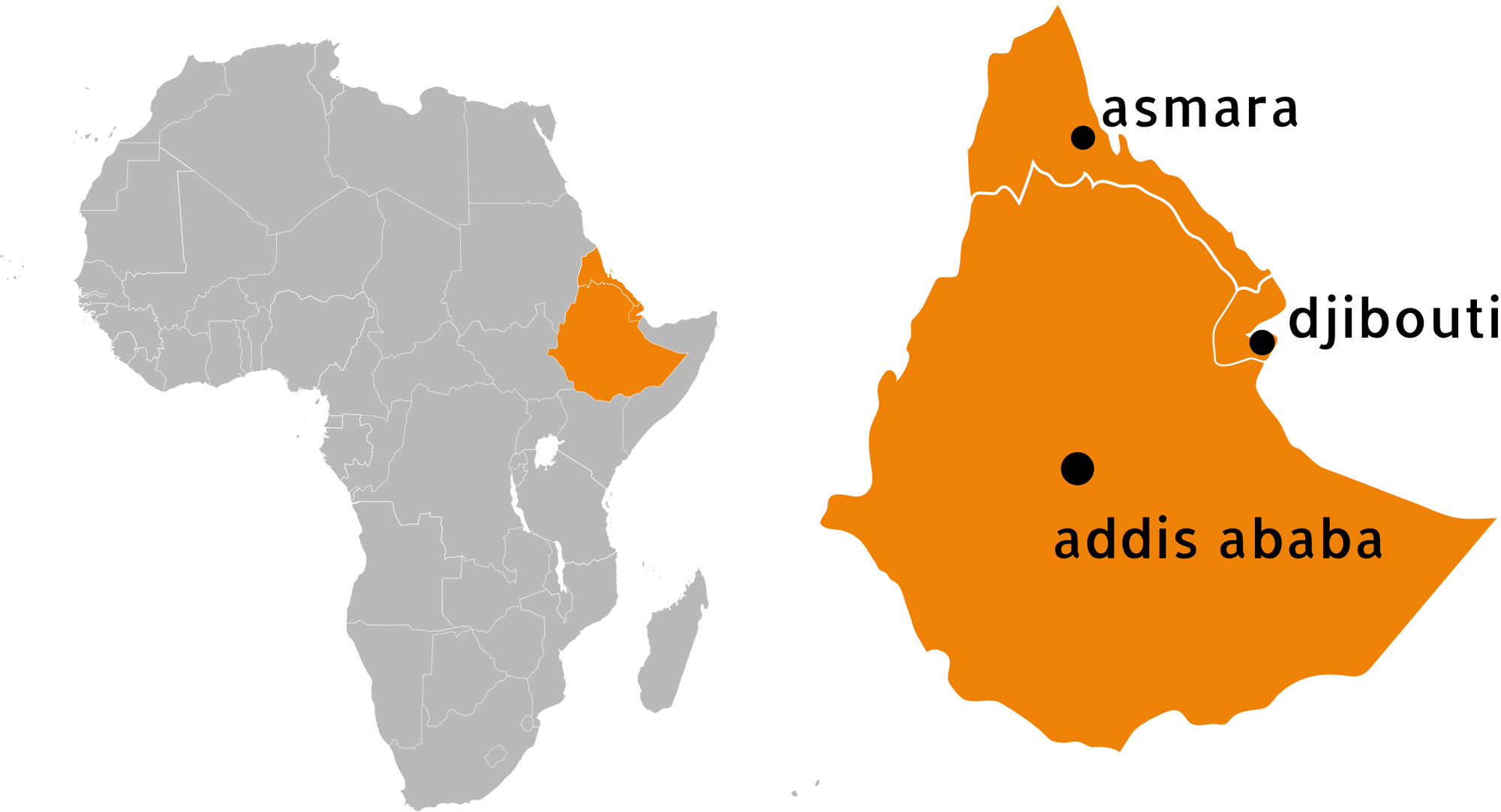 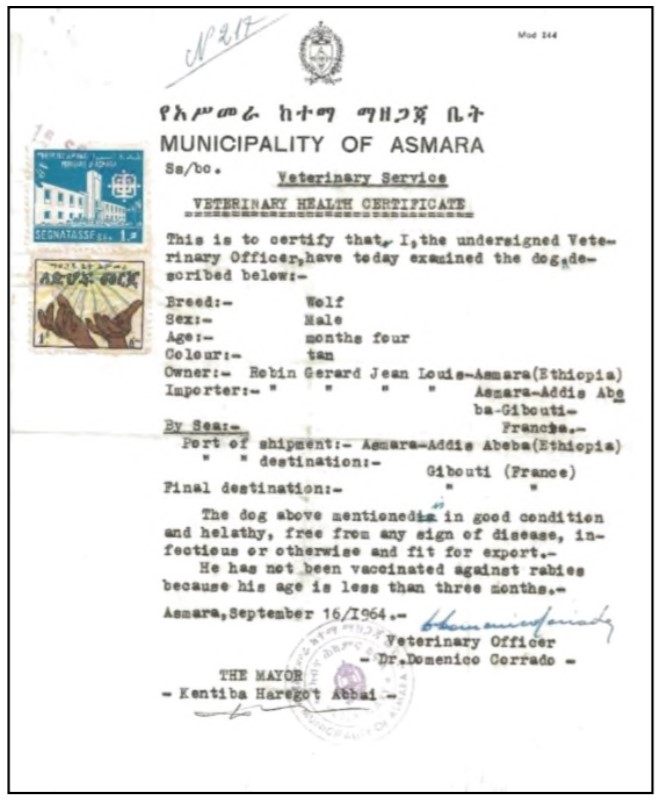 This is a fascinating find that raises far more questions than it answers. From it we can tell that a healthy 4 month old pup, assumed to be a wolf, was being kept by a man who intended to export it to France. Beyond that, the animal’s fate is a complete mystery, as there is no further evidence the wolf made it to any recognised zoo, or even that its exportation went ahead. Where did this wolf come from? Was the owner planning to keep it as a pet? Were there any other cases like this? And can we even be sure that this was an Ethiopian wolf, and not a dog or other species? 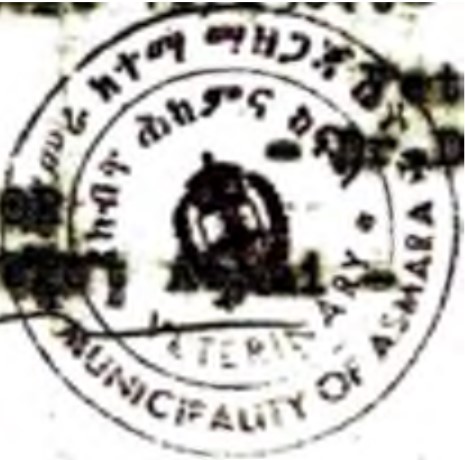 The recent rescue and rehabilitation of Terefe in the Simien Mountains, has shown us that when absolutely necessary it can be possible to house an Ethiopian wolf temporarily – though after five weeks of being cooped up to recover, Terefe made it very clear he was ready to leave! Like Terefe, the young wolf mentioned on this certificate would have been a wild animal and not suited to long-term captivity. We may never know what happened to this wolf after its examination in Asmara – but just like this tantalising titbit, answers (or perhaps only more mysteries) could be hiding in unexpected places. Only time will tell what else history will reveal!

Huge thanks to Graham Scott for sharing this amazing part of his collection with us. View Graham’s article in Menelik’s Journal here.