Ethiopia has been facing turmoil for over a year, and our field operations have been in a state of flux. After many months of uncertainty, the New Year has seen us take the first steps towards resuming work as normal. With the spread of conflict spanning many of the mountain ranges where we work, our field operations throughout northern Ethiopia were suspended and staff pulled out for their safety. Now, as the situation stabilises we have been able to cautiously set out into the mountains once again. The safety of our staff remains our highest priority, though we are eager to check up on the wolves and people in the mountain ranges we have been unable to visit for some time. 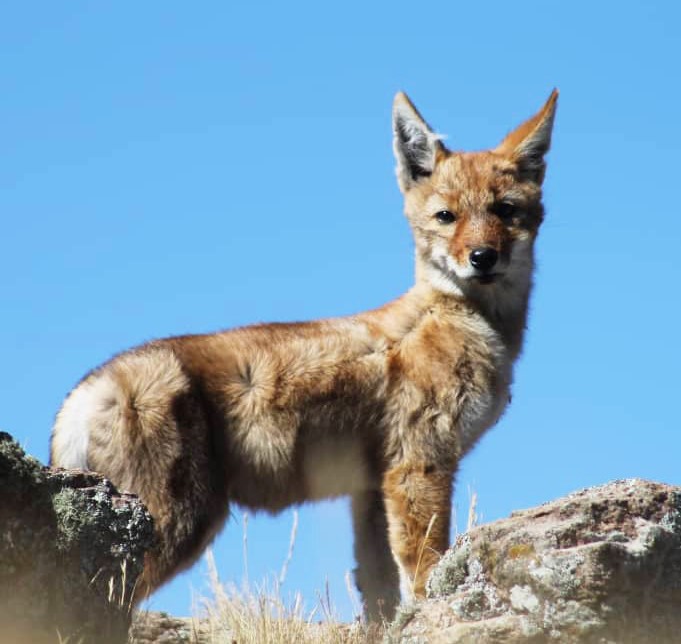 Some 250 km north of Addis Ababa, a seven-hour drive, is the Menz Guassa Community Conservation Area, on the edge of the Rift Valley. The lush guassa (Festuca spp.) grasses that give this protected area its name were ravaged by fire just a few short months ago, at the height of the conflict. With the situation now more settled, EWCP monitors Mengistu Birhan and Talageta Wolde-Selassie visited Menz Guassa in the hopes of locating three wolf packs known to them: Regreg, Sefed Meda and Chichira Meda.

Much of the land has been scorched by the flames. But despite the widespread burning, new guassa growth is shooting up from the charred ground in a clear and promising sign of the grasslands’ swift recovery. The local Guassa Community Lodge – an important resource for visitors and scientists trekking in this beautiful landscape – was also spared the fire and thankfully still stands. 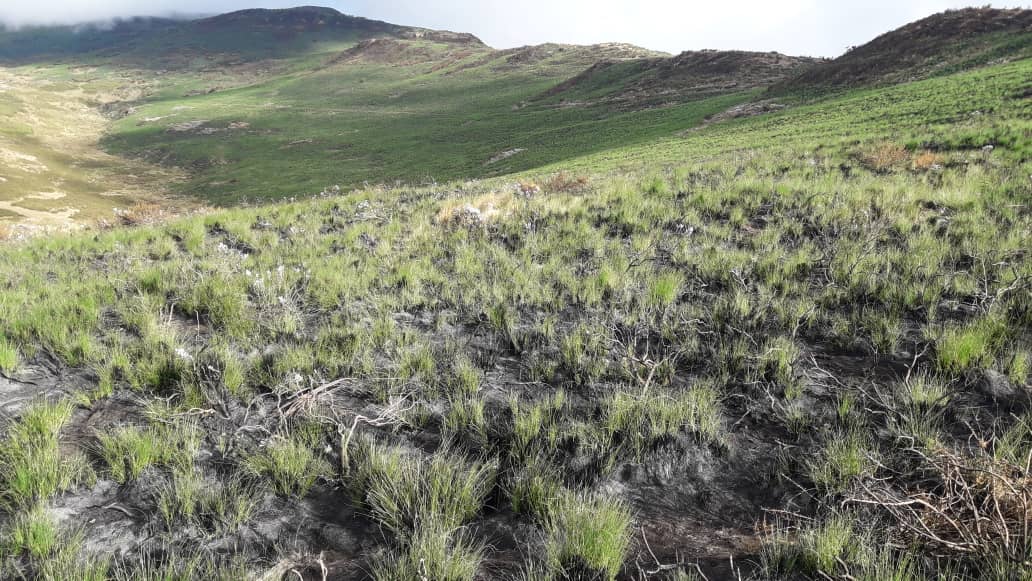 The good news doesn’t stop there: Mengistu and Talageta successfully located the three packs, all fit and well, and received a very pleasant surprise. From a vantage point in the rocks they were thrilled to spot two pups, just over a couple of months old, stretching their legs in the early morning outside the den of the Chichira Meda pack. Later in the day they also confirmed that another three pups had been born around the same time to the Sefed Meda pack, and were seen relaxing and exploring their environment under the watchful eye of an adult.

This is the most welcome news we could have hoped for, after such an anxious wait to know how the wolves in Menz Guassa have fared through the last few months. The landscape and its wildlife are resilient, inspiring us all to remain strong through our struggles and hopeful for the days to come. 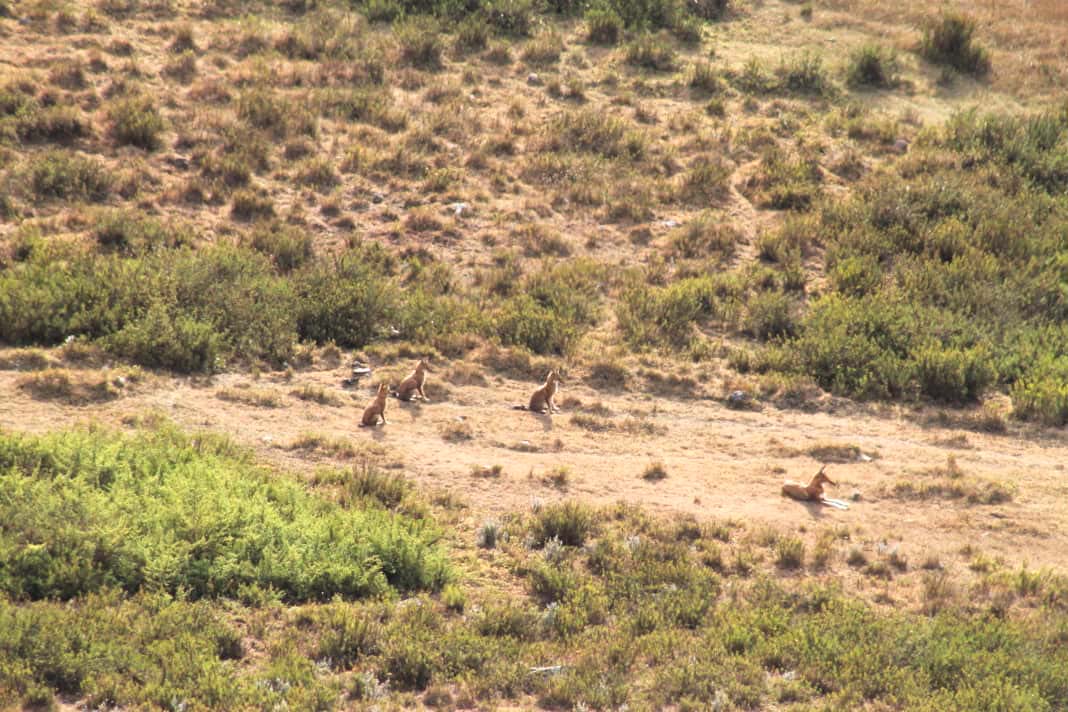