A year in Amhara: promising signs for Ethiopia’s most fragmented wolf population

The Ethiopian wolf, Canis simensis, is one of the most vulnerable large carnivores in Africa and the rarest canid species worldwide, with an estimated population of fewer than 500 adults. The Amhara wolf population, north of the Rift Valley, is distinct from the southeastern Bale and Arsi populations, and under greater pressure. 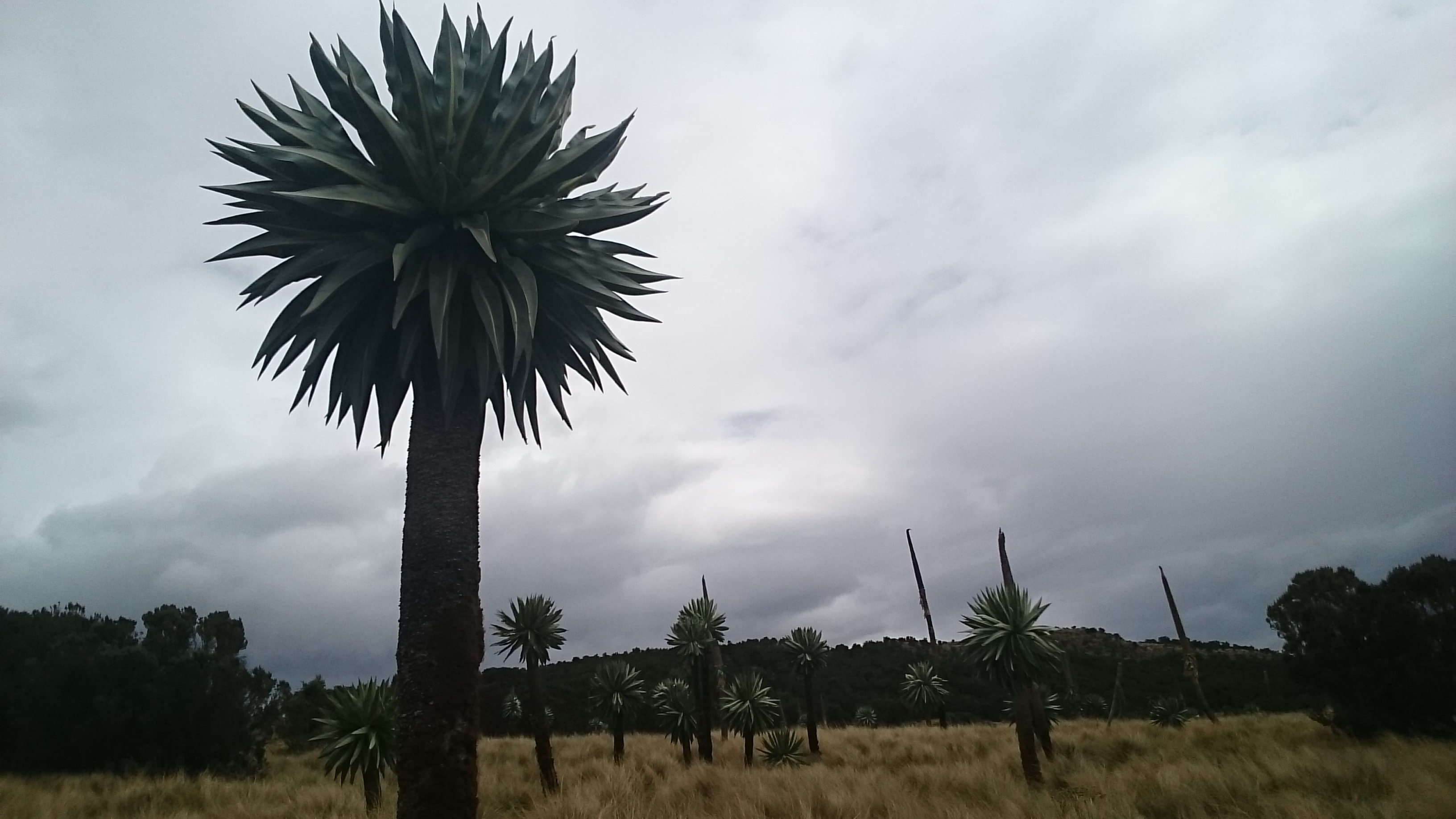 In the northern highlands of the Amhara region, Ethiopian wolf populations are smaller and more fragmented than those south-east of the Rift Valley. Their habitats are also subjected to greater land use pressures. The isolated populations of wolves are harboured in several mountain enclaves, including the Simien Mountains National Park, Guassa-Menz Community Conservation Area, and Delanta. It is believed that almost half of the total wolf population lives in the Amhara region, despite the environmental pressures they face here.

This year, EWCP’s Amhara branch (led by Girma Eshete) continued their wolf conservation activities, focusing on investigating and tracking changes in wolf packs, their prey, and the threats facing each population. The information gathered is used to inform conservation and management of the species, and to develop evidence based solutions to current and emerging conservation problems in the area.

Many packs have bred successfully, and at least 29 new puppies have been sighted across Amhara. Especially exciting is the discovery that, despite the disappearance of wolves from Delanta in 2017 after a severe disease outbreak, an adult pair has recolonised the area, along with their six pups. Additionally, only a single wolf death was recorded in the region for the year, and it was fortunately not linked to disease. All packs are generally stable, with a healthy mix of male and female, adult and subadult wolves.

In Amhara, we have also started to record details of the potential threats to wolves and their habitat. The predominant threats facing the wolves are disease, livestock predation (leading to potential human-wildlife conflict), new settlements, agriculture, grazing encroachment, deforestation and fire. According to the data collected, this year has seen reduced instances of human encroachment, in the form of expanding settlements and new farms, in all wolf habitats except Delanta. On the other hand, deforestation of native plants is increasing in all wolf habitats, as are instances of fire in the Simien Mountains National Park.

We are continuing to monitor the situation, and as data becomes stronger, we will be able to track the trends in threats, and tailor conservation efforts to combat them effectively.