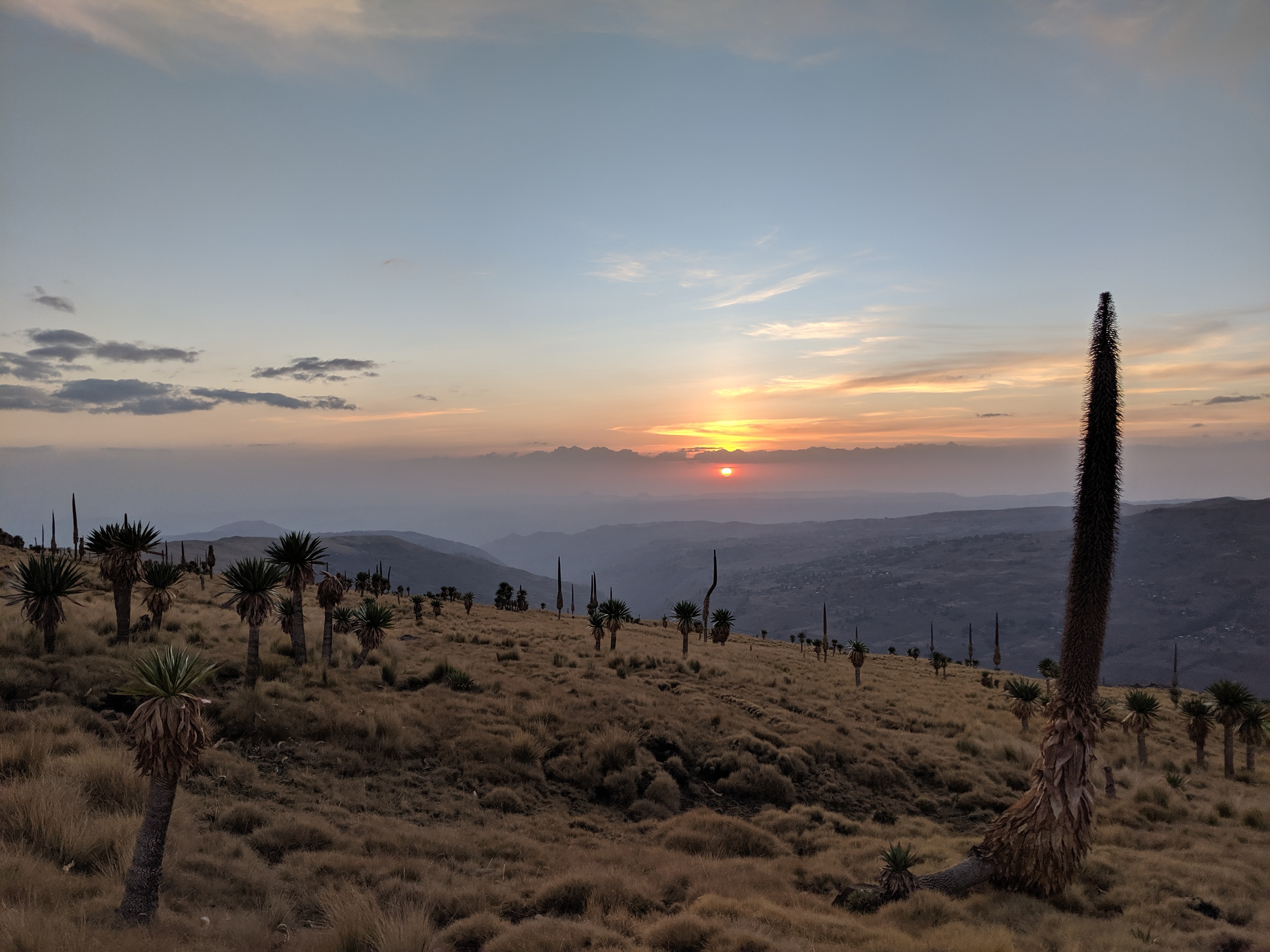 It’s a long way to the Simien Mountains.

While slowly climbing the Ethiopian massif, in the north of the country, the world passes by my window. A land divided into infinite agriculture plots, dotted by small villages. Most crops have already been harvested and the fields are now ploughed. It’s the season for green peas, which later at our campsite are offered to us, toasted and accompanied by cloudy corofe, a local drink made out of barley.

I travelled with Eric Bedin, EWCP Field Director, to meet Team Leader Getachew and two wolf monitors, Jejaw and Andualem. Together we monitored our wolf packs living in the Simien Mountains.

After one week, using three campsites and including a long mule trek up to Ras Dejen (Ethiopia’s highest mountain at 4550m), we had visited six packs and confirmed that at least three are breeding this year! This is great news for the Simien population, where wolves live in small social groups, of typically three to four adults, and have low fecundity.

With funds raised from generous donors last year, we are building a campsite that will transform the way our wolf monitors work, saving them from covering long distances on foot. Together we visited potential sites and selected one overlooking a valley home to the Kachemo Buahit pack, with good access and not far from water. Now that political unrest in the region is dwindling, building of the camp can finally commence and the Simien team will be able to regularly monitor this pack.

We are determined to care for each and every wolf population, and in Simien we are upping up our game, thanks to the support of our donors.